If you’re looking for the genre of music that gets people dancing at parties faster than any other look no further than disco. Disco is hugely popular with a wide variety of age groups too so it’s a brilliant choice for a party with a mixed age group of guests. We have hosted our own Disco parties under our Disco-tastic brand banner but also DJd disco theme parties for people who have been to or heard about our events and wanted a similar vibe for their parties.  Disco also fits with 70s themed parties although there are a lot of fantastic 80s disco tracks too. And if you have a venue that you want to use that could do with a bit of a quick make-over disco is a great one to choose as the right accessories and lights can easily transform a generic venue. A gig venue can suddenly have a Studio 54 vibe.

What’s the best disco song of all time? We try and play them ALL. Well at least as many as we can fit into a few disco-tastic hours. Be ready for an outbreak of Saturday Night Fever with floorfillers from the likes of Donna Summer, Chic, The Bee Gees, Rose Royce, Michael Jackson, The Trammps, Rick James, Earth Wind & Fire, KC & The Sunshine Band, Diana Ross, Sister Sledge, Giorgio Moroder, Abba & many, many more.

Here are examples of a poster and video event teaser we did for one of our Disco-tastic nights.  We can create invites, posters and/or video teasers for different events and themes. 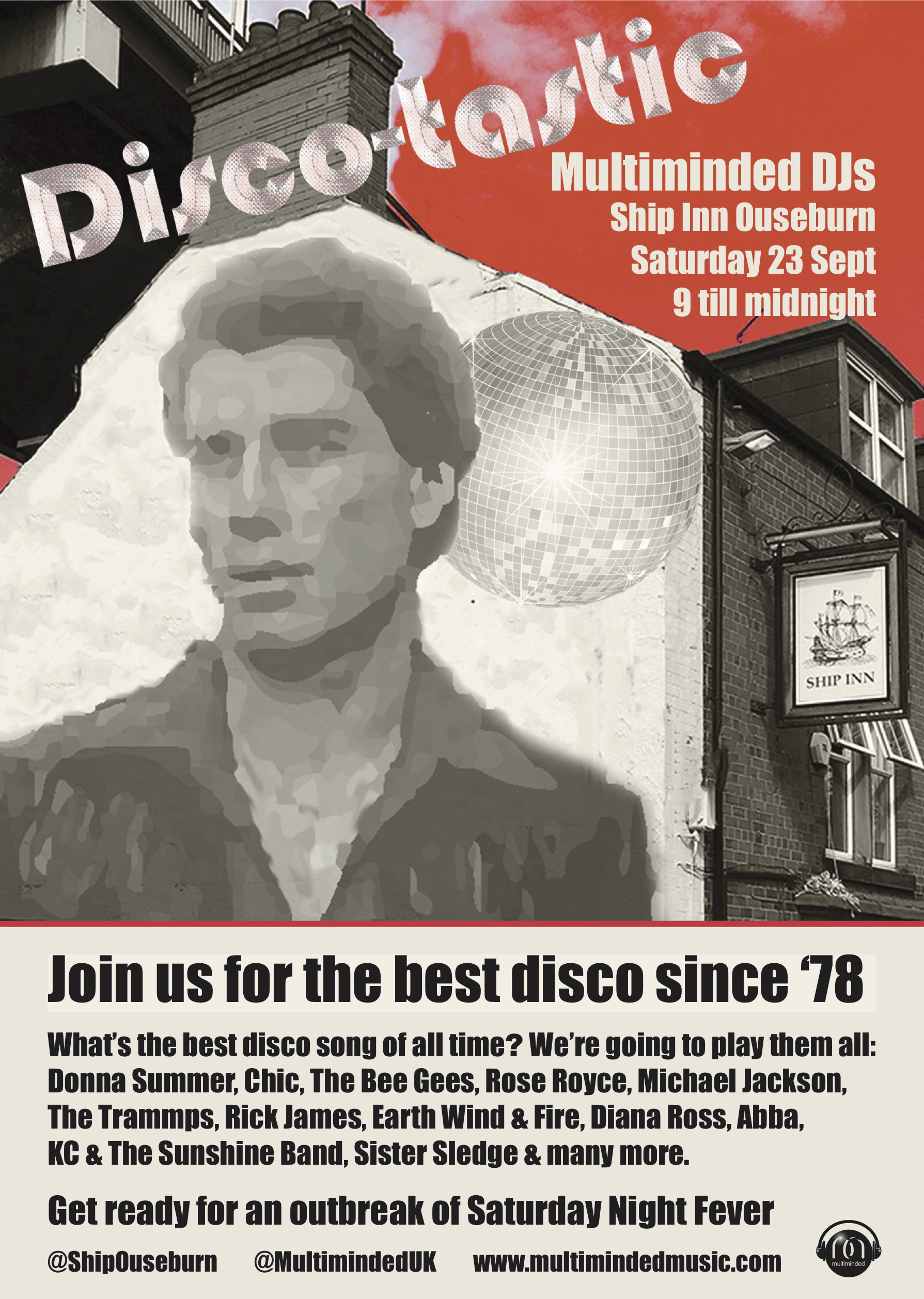